Since September I have been able to proudly say that I have my own ‘research group’, since I supervise one and a half PhD students, and I wanted to introduce them here.

I am second supervisor for Becky who is working on a very exciting project to figure out how carbon in soils will change in future, using a ‘top down’ approach. Soils store much more carbon than is in our atmosphere today (despite a lot of carbon dioxide emissions from us humans…). The soil could emit its carbon into the atmosphere as the climate warms, which is a serious concern for trying to limit global warming. Becky is looking at global data to see how soil carbon relates to different things, like temperature, so as to better estimate emissions for the future. Becky works on Prof Peter Cox’s project, ECCLES, and started in January, so she already has some results and is starting on the maybe-a-bit-scary (but also cool) task of writing her first paper.

Noah is my first PhD student as lead supervisor. He started two months ago and he’s looking at permafrost carbon emissions using a ‘bottom up’ approach. Noah is currently working with the JULES land surface model, which I’ve also worked with a lot. He’s modelling small-scale processes: microtopography and abrupt permafrost thaw, to figure out how these affect the large-scale emissions of greenhouse gases from thawing permafrost. These processes are not yet included in global models so this project (like Becky’s work) should also give a better estimate of future carbon emissions, coming at it from a different angle.

Hopefully Noah’s and Becky’s work – and mine too – will eventually meet in the middle so we can check the consistency of the top-down and bottom-up approaches.

Doing research isn’t just about doing calculations all day, in fact it’s a pretty glamorous lifestyle. Not long ago I took Becky to Norway to freeze her arse off in a bog for 3 days [not technical terms], during which she got to witness her supervisor (me) fall into the mire and get stuck. Noah has so far been on a trip to Oslo in which he did have about half an hour to look around the city, but had to abandon an attempted scooter tour due to freezing fingers, and then was stuck in an airport for the best part of a day. Fortunately, they are both highly cheerful and motivated, and do not yet appear to have been put off science for ever. If I ask them nicely you might see guest blog posts from them at some point! 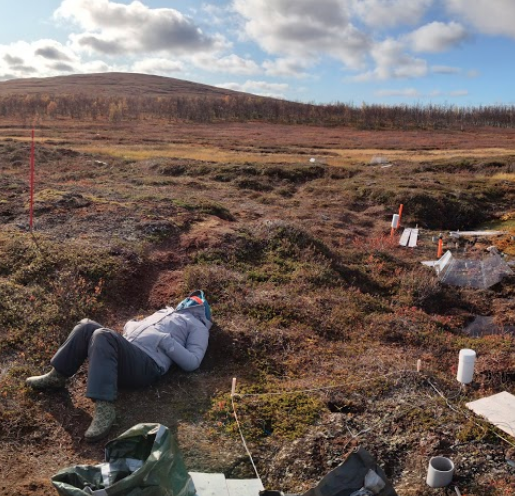 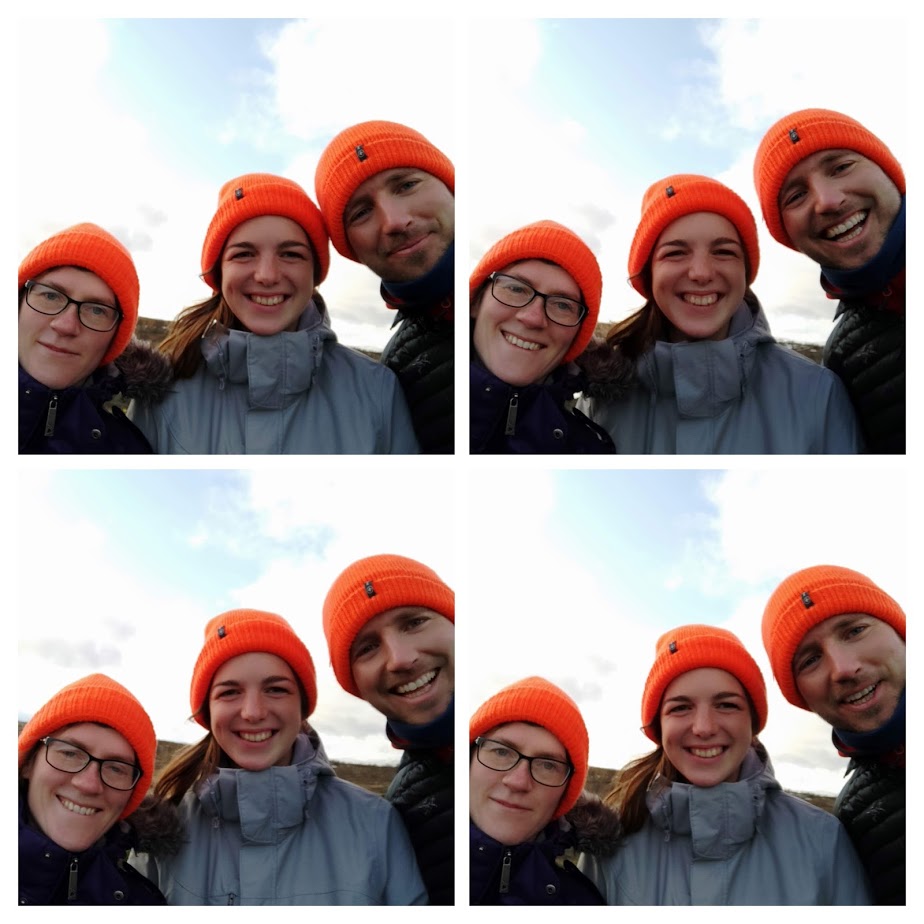 Bad selfie attempts by fieldwork team (L-R: me, Becky, Casper). The orange hats are to prevent us getting shot. 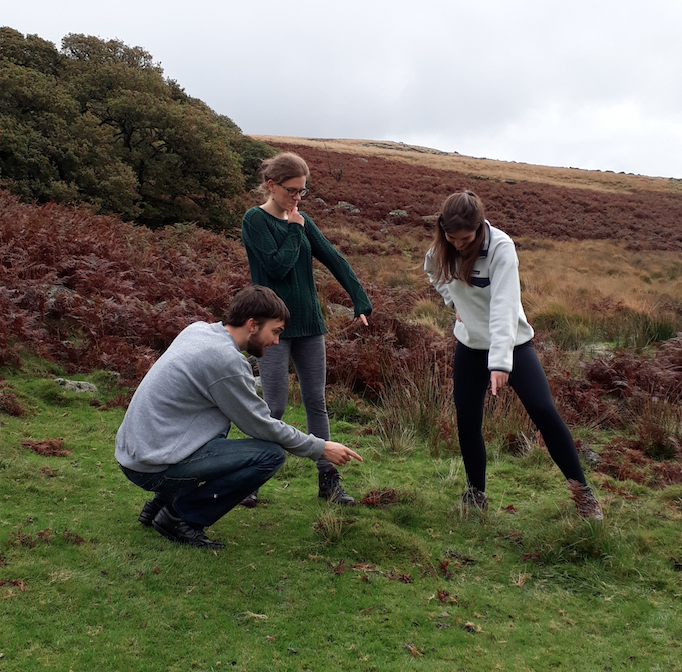 Our official ‘research group photo’ performing some highly scientific analysis of a bit of soil on Dartmoor. (L-R: Noah, me, Becky)