I’m writing this on the flight back from Berlin to London. As I write I can see Berlin from the air - finally in daylight! It’s been a very interesting week, beginning with a quick, one-day visit to Copenhagen, followed by 4 days at AWI in Potsdam… 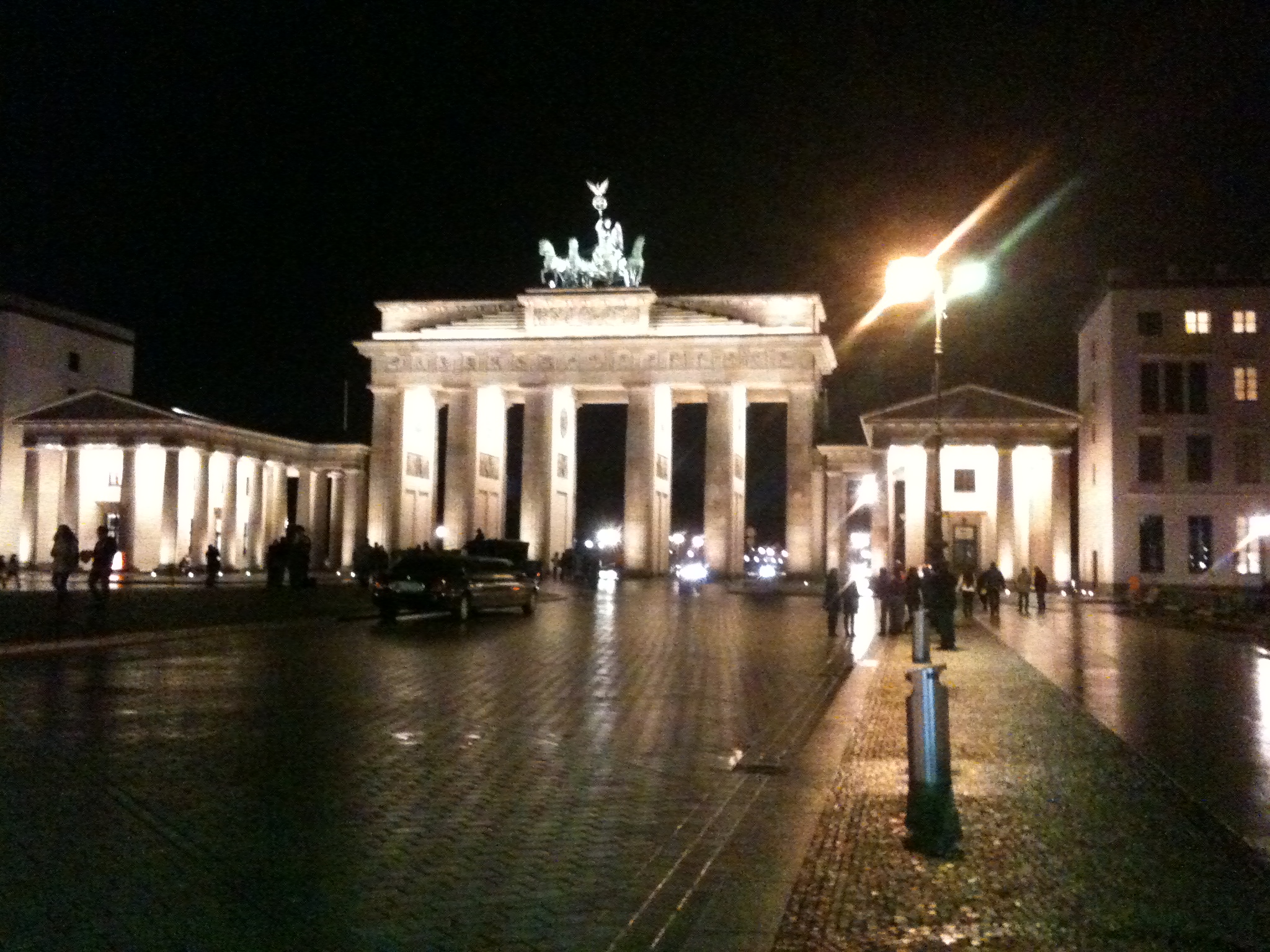 I work on the JULES (‘Joint UK Land Environment Simulator’) land surface model, as part of PAGE21, and I am trying to improve the model’s representation of the Arctic. JULES is a global model of the earth’s surface that can be coupled to an atmosphere and ocean scheme as part of the UK Met Office coupled climate model. The purpose of my trip was to meet people who really work in the Arctic and can give me observational data with which to run the model, as well as an idea of what the field sites are really like.

After a delayed flight on Sunday night, I arrived late into Copenhagen and went straight the next morning to CENPERM, where I had the pleasure of meeting with Bo, Birger, Maria and Sebastian. Maria is in charge of the data from the Zackenberg field site, and after we discussed what data we need to run our model, and what data we would also like, she went to find it for me.

We discussed how we will collaborate on the work, and what the Zackenberg site is like. As a modeller, it’s really useful to speak to people who have actually been to a place before we try to model it. Our model simulates the soil temperatures and moisture, freezing and thawing, soil respiration, vegetation and snow across the whole Earth, but we can also run it at an individual point (preferably one for which there is a lot of good data) to evaluate the model processes. Usually, all we have are time-series of climate variables, perhaps some soil temperatures and some (often rather dubious) soil parameters, without any context, and it is very hard to know what the model is doing well or badly, and if we have a realistic simulation of a particular site.

So it was really great to put Zackenberg into context, learn what sort of place it is, and also to see that there is a really good, long time-series of data showing warming trends so that we can test not only the steady state of the model but its sensitivity to change.

Sebastian kindly let me sit in his office, and imparted some wisdom about permafrost modelling. He also spoke to the woman in Potsdam who owned the apartment where I would stay, since it quickly became clear that neither of us spoke each other’s languages, and without some timely German-speaking intervention, I may never have entered my apartment!

After a productive day in Copenhagen I flew to Potsdam the same evening. My time there was really good! Well, where do I start? I had meetings with many people. About the data for two sites - Samoylov in Northern Russia and Ny Alesund in Svalbard - I spoke a lot with Moritz, Julia, Steffen and Max, and we worked together on the data and soil parameters, which was the main purpose of the visit.

Steffen did a great job providing me with lots of data time-series (thank you Steffen!), and the others gave me some really good sets of soil parameters (especially for Samoylov - the Svalbard site is a bit more difficult because it’s such a heterogeneous landscape). I am confident that with this information, along with advice from the permafrost-modelling pro-team (Moritz and Sebastian, that is), I can do something really useful with JULES using this data.

Over the next few weeks, Eleanor and I will prepare some really good, long time-series of model driving data for the PAGE21 sites, which we will upload, and they will be available for all. This week I also met Boris from WP8 to discuss how this data can be made accessible through the PAGE21 database. Modellers, watch this space. Also look out for the WP2? deliverable “catalogue of physical parameters”, which is coming at the end of the year and has some really useful soil parameters and site descriptions.

At AWI I also met with Birgit to talk about the remote sensing large-scale maps (product of WP5), which will be great for model evaluation when we are running it on a global scale.

I met a lot of cool people in AWI, so thank you all for a good stay! Also thank you to Marin (Moritz’s girlfriend) who along with Moritz took me on a night-time tour of the famous sites of Berlin (see photo)! They have also introduced me to Bud Spencer, a part of growing up that British people miss out on, and I discovered that people in both countries are equally fond of gin. I had to leave early on Saturday morning so I had no opportunity to see Potsdam or Berlin in daylight. Hopefully I will come again, and perhaps I will learn not to book such an early flight on a Saturday morning.

Deutschland, it has been fun! Now time to plan my next trip…