An Earth System Model made of paper

An Earth System Model is the main tool available to climate scientists. We use them to understand the influence that humans have on the planet. For example, this article explains how we know that humans burning fossil fuels have been the main cause of the recent global warming. We also use these models to test out possible futures - what will happen if we keep burning fossil fuels at the same rate? What will happen if we stop? What if we cut down all the forests to grow crops?

Now everyone says that Earth System Models are complicated things, and for sure they are, thousands of lines of code, developed by hundreds of different people, each with years of expertise in their particular scientific discipline. But when we boil it down, maybe it’s a lot simpler than we thought…

So last week, Tom and I designed and made an Earth System Model just from paper and bits of wood. We took it into Teignmouth community school to run a session with the 6th form geography students, and some keen year 10’s and 11’s.

To ‘run’ the model, each person takes on the role of a different process in the Earth system. For example, one person is photosynthesis, one person represents microbes in the soil, and someone represents the humans, pumping carbon dioxide into the atmosphere from fossil fuels. The pieces of wood represent carbon, and each person moves carbon from one part of the Earth system to another.

Our model is based around the carbon cycle, and of course there are other parts of the Earth system that aren’t represented. But what really surprised us was how a game with a simple set of rules could capture so many of the major feedbacks that Earth system models simulate. We really didn’t need all of that computer code, just some bits of wood and a bunch of school kids! A gentle reminder that sometimes we can overcomplicate things.

The session arose from the fact that the A level geographers study carbon cycle feedbacks, which is exactly what our research is about, and their teacher Roz Pedder’s enthusiasm to introduce her students to some ‘real’ scientists. We explained a bit about how we ended up being researchers and the students also thought about why they study geography. The key message was ‘It’s ok not to know what you want to do, because we didn’t have a clue’.

Then the real fun started and we got two of our paper-and-wood Earth System Models going, and learnt about negative feedbacks as the land surface and ocean soaked up some of the carbon dioxide from fossil fuel burning. Then we saw that as humans start to have an even stronger influence on the climate, the feedbacks can be positive (an amplifying effect) as our soil started to lose carbon due to the high temperature. We also cut down half of the trees to see the effects of deforestation, which resulted in a lot of extra carbon dioxide in the atmosphere. Then in each group we thought about what we’d do to try and stop climate change - so we re-planted the forests and our group reduced our fossil fuel emissions too. We hadn’t tested this experiment with the model beforehand, so it was interesting for all of us to see what happened. We found especially that restoring the trees had a huge positive impact - exactly what Tom had found in his recent research! Finally we talked a bit about the Paris agreement (keeping global warming to 1.5 or 2 °C), and the students had a think about what they had learned.

It was great to hear from some of them that taking part in this had helped them understand the Earth system, and everyone seemed to enjoy playing their roles in the carbon cycle. We hope to make a more durable version of the paper Earth System Model that can be used in other local schools, and hopefully get more of our fellow scientists involved. 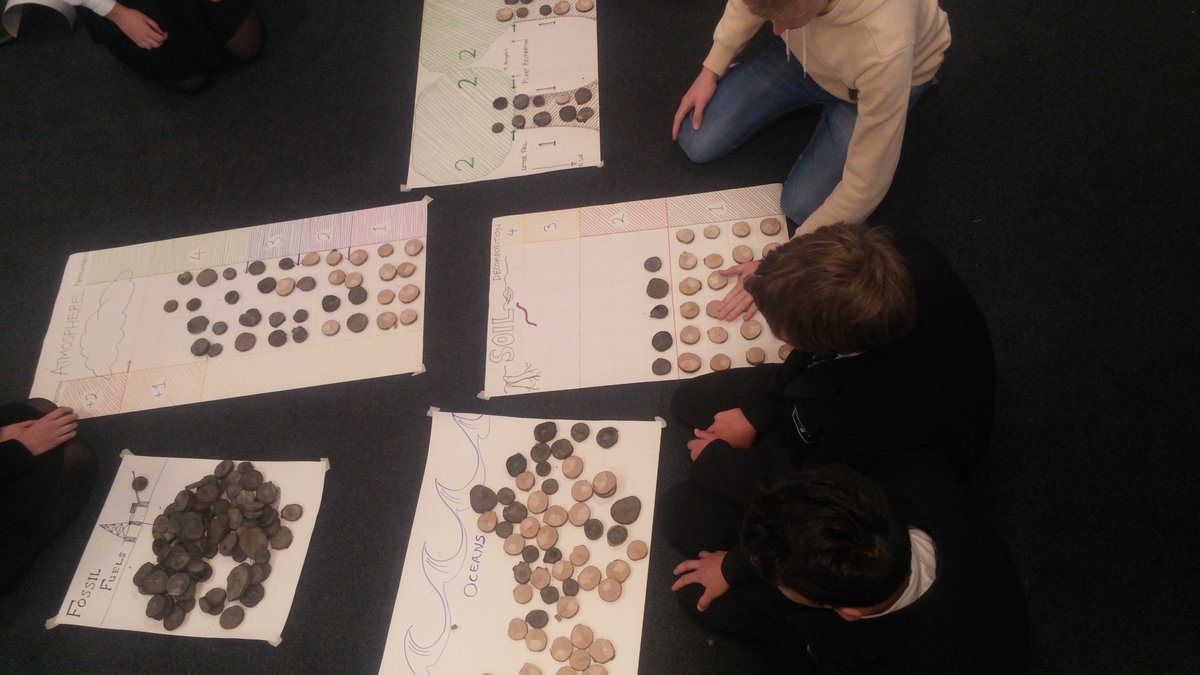 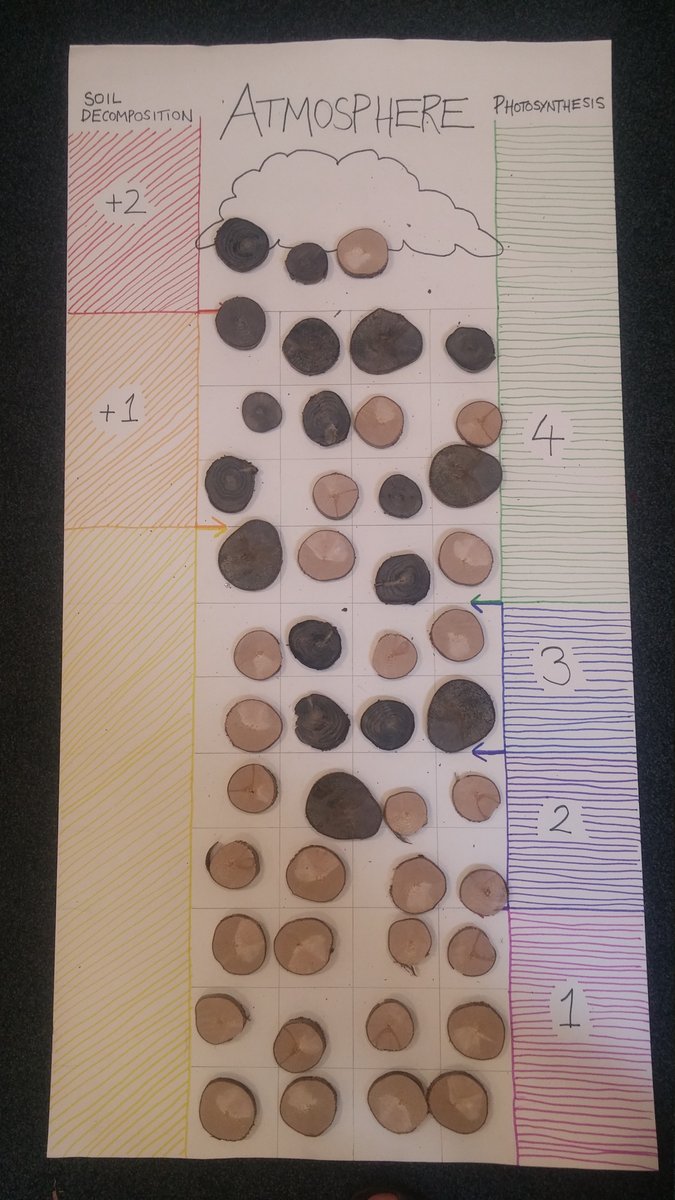