Our main task for the past few days has been maintaining and fixing up all of the equipment at the Bayelva field site. While not in the field we have been working in the ‘observatory’, where there is a nice room with tables and a coffee machine, and a lovely view out of the window (amazingly it has been continuously sunny so far). We also had an interesting tour of the observatory with Renee, who showed us all the machines for measuring the atmosphere: everything from wind speed to chemical spectra of trace gases. The equipment includes a giant laser beam that they send up into the sky, and a balloon that they launch every day to take measurements in the stratosphere. 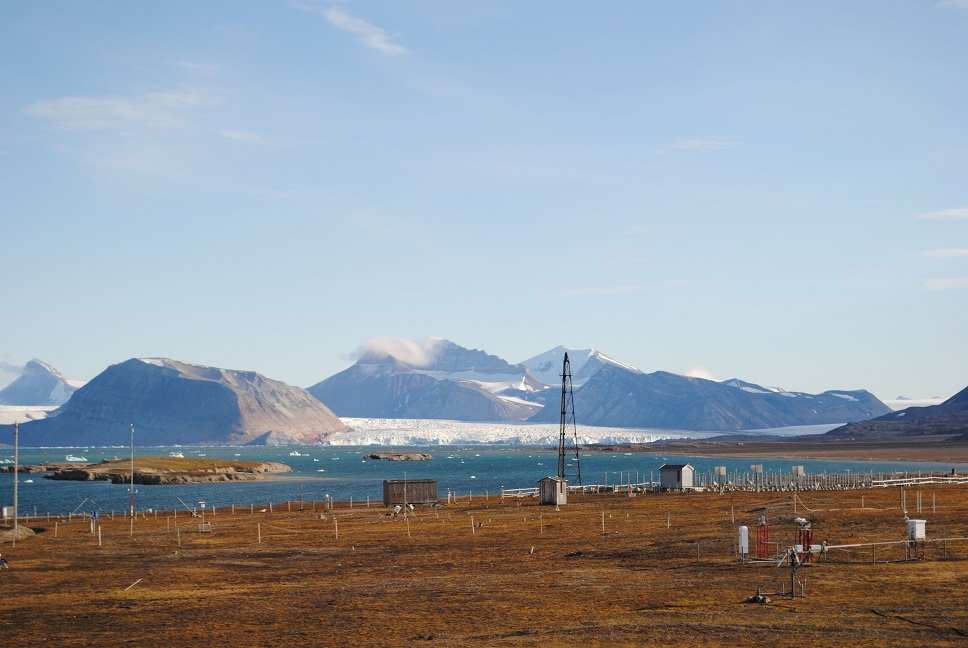 View from the office window 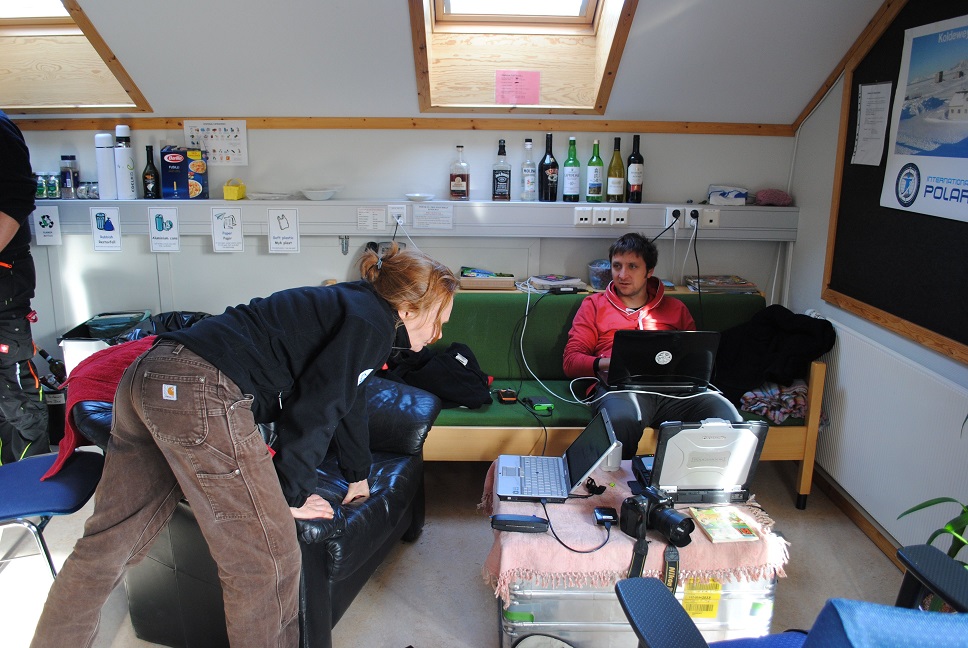 Working in the observatory

Before we could go out to the field, Julia and Niko had to get their gun training certificate so we were allowed leave the village. While they did some target practice, Stephan and I got some work done (read, had a nap, in Stephan’s case).

Leaving the village is quite an expedition, even though the site is only a few km away. First we have to pick up guns and radios, and fill in a form to say who is going out and how long we will be. Then we load up the bike trailers, radio to say we are leaving, and finally set off. But after a few meters we have to stop again, for the guns to be ‘half loaded’ at the edge of the village. We cycle most of the way, and then hike for a bit at the end. 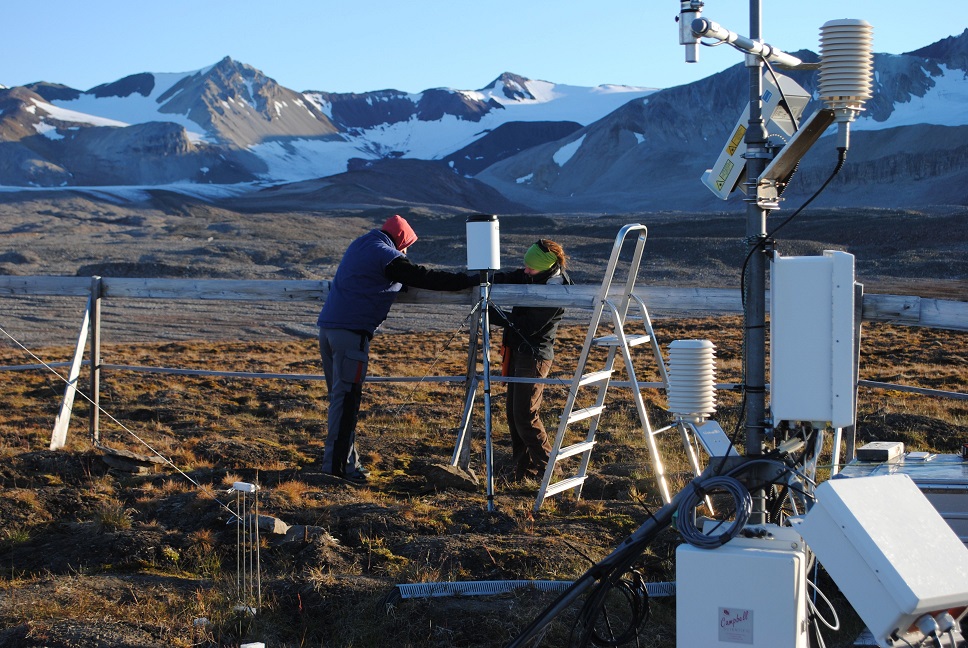 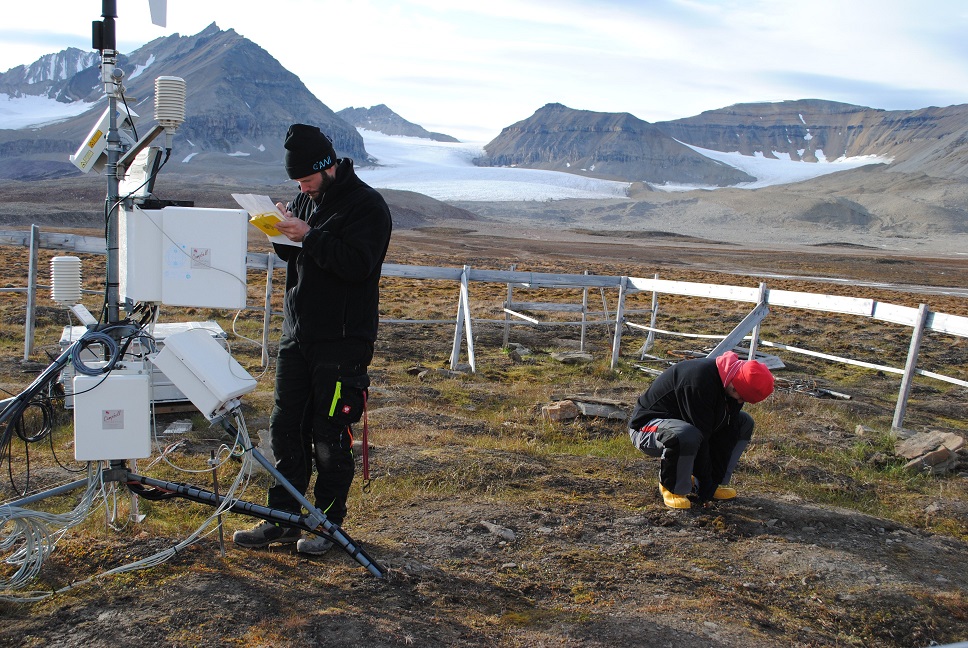 Me replacing a snow sensor

On the site, we have been changing snow sensors, cleaning the precipitation gauge, tightening wires, fixing the fence, tidying up rubbish and erecting snow poles. Niko and Stephan have been working on a 9m borehole called Mr Moustache. The rest of the time we’re keeping a look out for polar bears. 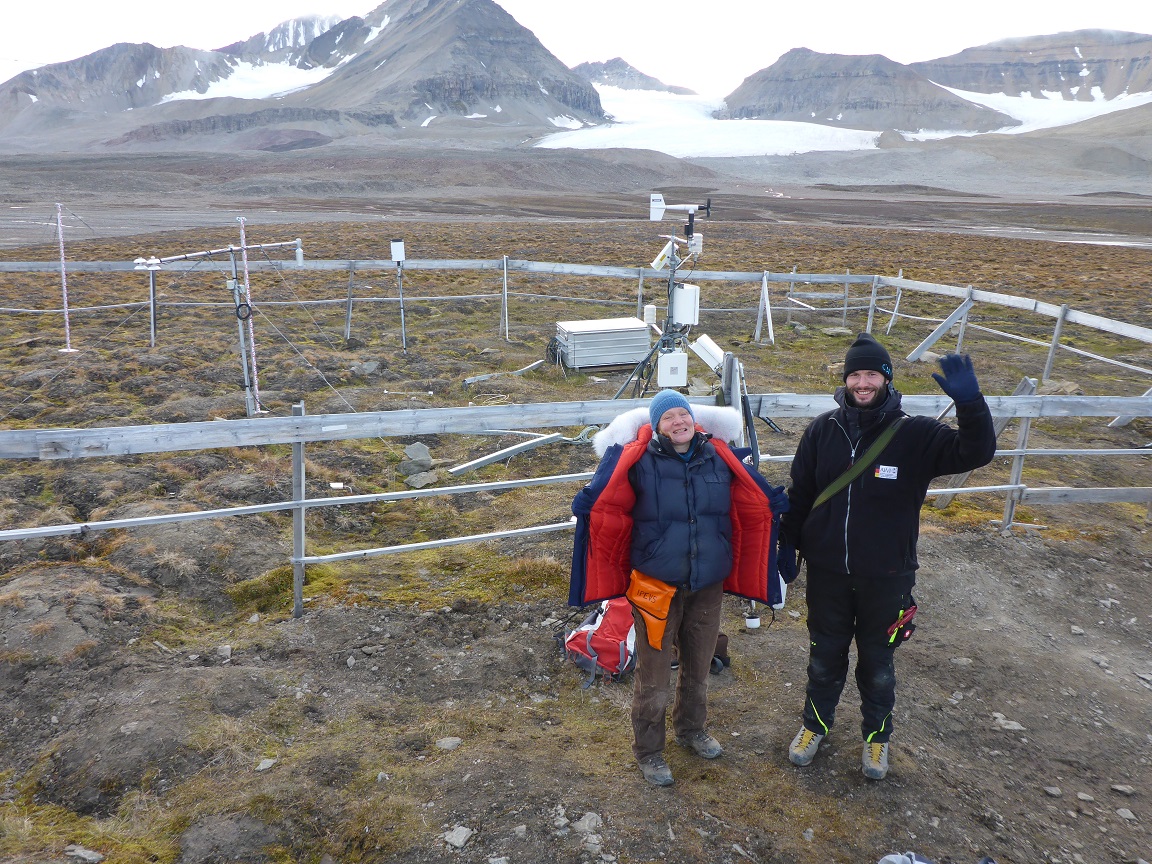 Niko and some cable tubes. 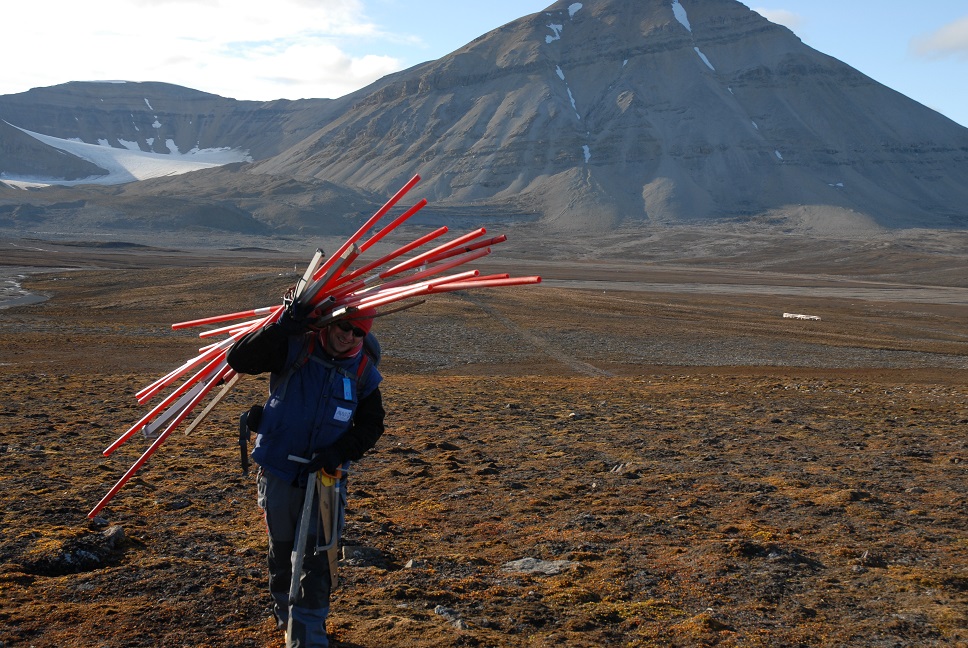 On Monday evening we also went for a very special walk. Renee was taking one of the huskies out, and offered to take us along too. We walked along the fjord in beautiful evening sunshine, and there were icebergs along the beach, reflections in the water and the moon rose above the mountains in the background. It is a truly amazing place here. 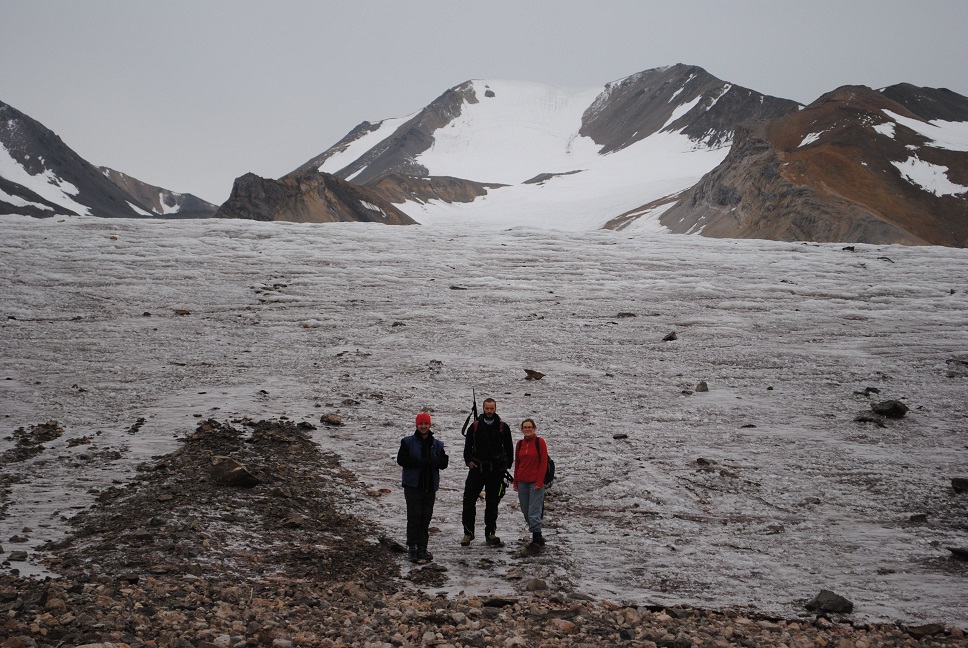 Julia taking a husky for a walk, past an iceberg in the fjord. 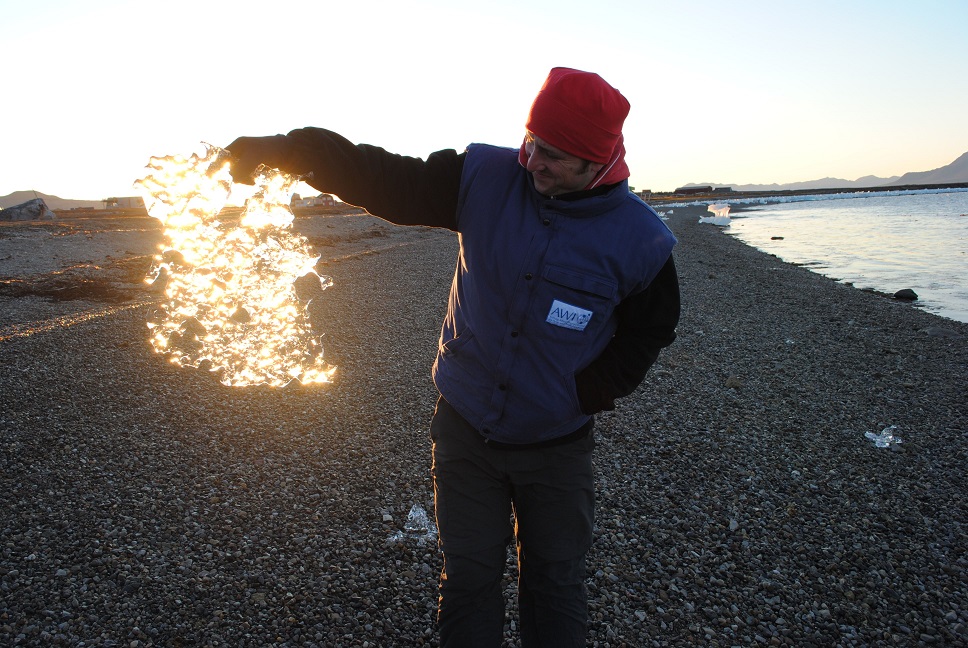